Written by Menna Wael
Updated over a week ago

Feature life cycle testing is a type of software testing whereby the system is tested against the:

Below is the overall test cases status and each module status. 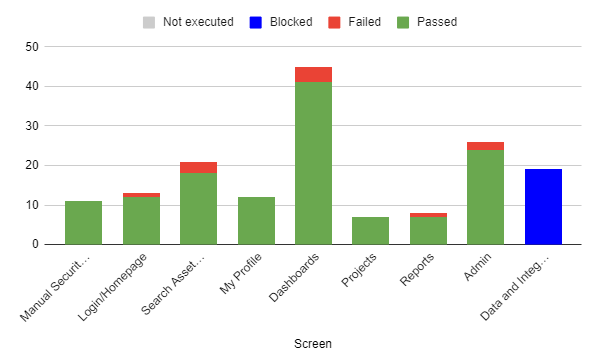 Security checks are run to make sure the system is secure. IntelliSense.io uses the highest standard of security standards.